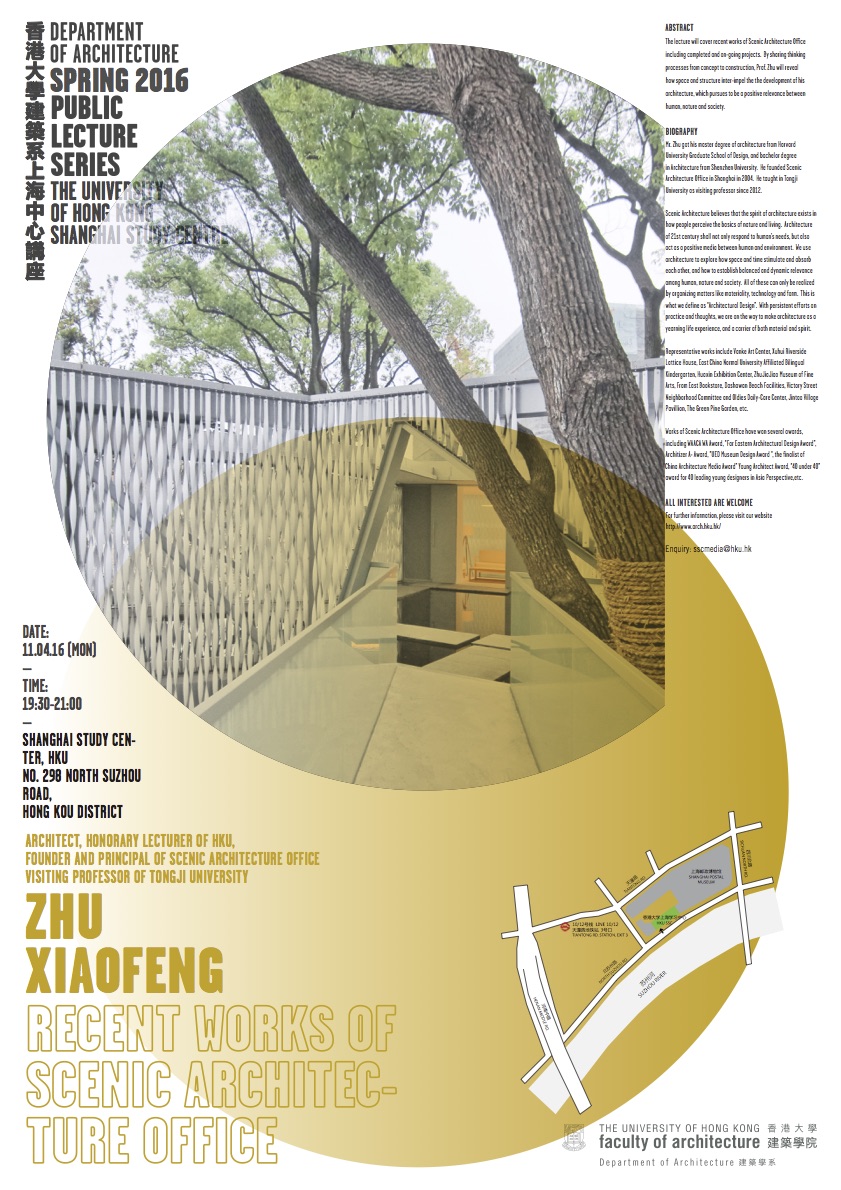 The lecture will cover recent works of Scenic Architecture Office including completed and on-going projects.  By sharing thinking processes from concept to construction, Prof. Zhu will reveal how space and structure inter-impel the the development of his architecture, which pursues to be a positive relevance between human, nature and society.

Scenic Architecture believes that the spirit of architecture exists in how people perceive the basics of nature and living. Architecture of 21st century shall not only respond to human’s needs, but also act as a positive media betweenhuman and environment.  We use architecture to explore how space and time stimulate and absorb each other, andhow to establish balanced and dynamic relevance among human, nature and society.  All of these can only be realized by organizing matters like materiality, technology and form.  This is what we define as “ArchitecturalDesign”.  With persistent efforts onpractice and thoughts, we are on the way to make architecture as a yearninglife experience, and a carrier of both material and spirit.