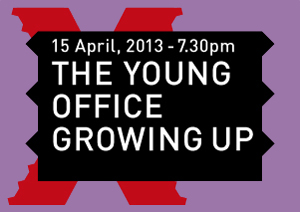 On Monday 15 April we will continue our series ‘The Next Decade’ with a lecture by architect Ruan Hao, founder of LYCS Architecture in Hangzhou.

In his lecture, ‘The Young Office Growing Up’, Ruan Hao will discuss the opportunities and challenges of an architecture firm that is ‘younger than young’ when facing the fast and complex building environment in China. He will position and envision the role of this rising new generation and himself in the next decade. Through a series of LYCS Architecture’s work, Ruan Hao will explain the idea of ‘accidental architecture’ and interpret how to smartly react to the complicated and chaotic design conditions – use restraint and minimum operations to create unexpected and maximum effects.

Prior to founding LYCS Architecture Inc. in 2010, Ruan has worked in SHoP Architects in New York, Amateur Architecture Studio in Hangzhou and Preston Scott Cohen in Cambridge. Ruan is also an architecture critic with writings published by AREA, Time Architecture, Daylight and Architecture, World Architecture and Art4D. He was one of the authors of ‘Design for China’. and was honored with various awards.