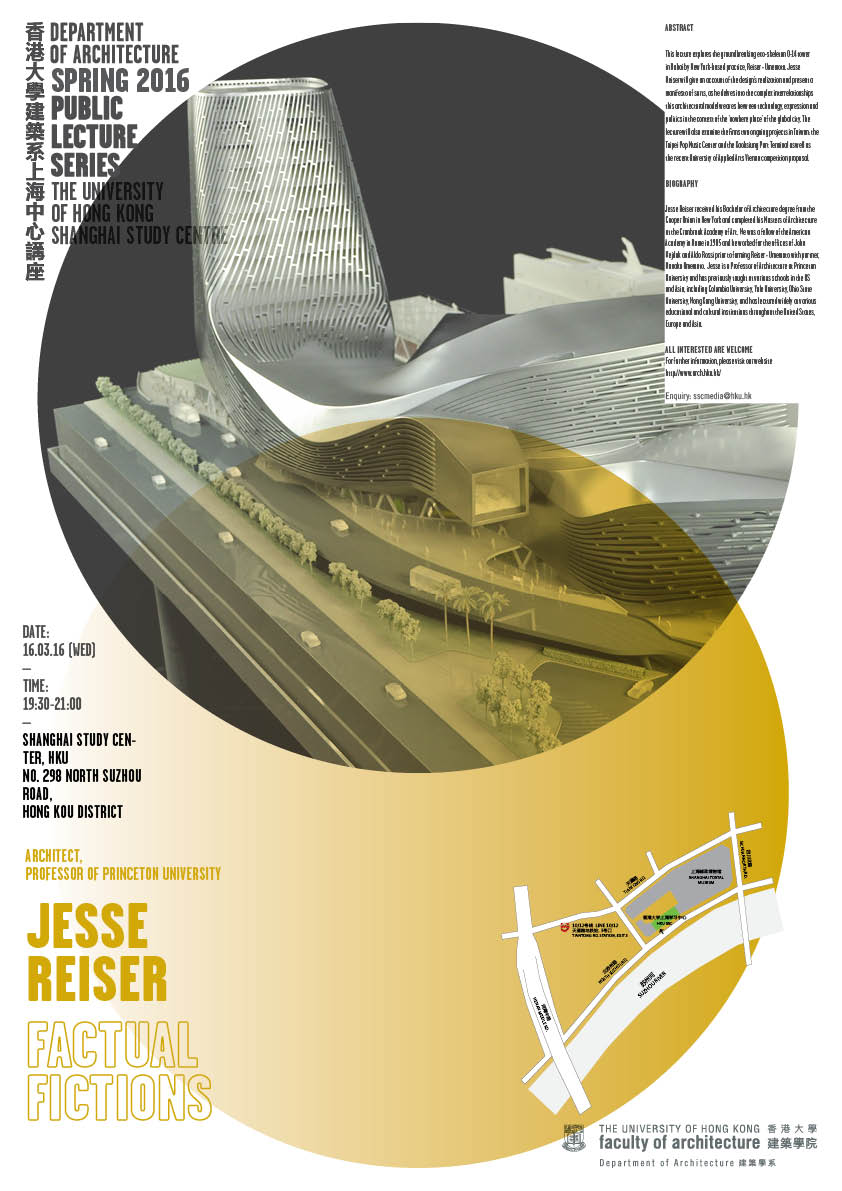 Synopsis
This lectureexplores the groundbreaking exo-skeleton O-14 tower in Dubai by NewYork-based practice, Reiser + Umemoto. Jesse Reiser will give an accountof the design’s realization and present a manifesto of sorts, as he delves intothe complex interrelationships this architectural model weaves betweentechnology, expression and politics in thecontext of the ‘nowhere place’ of theglobal city. The lecture will also examinethe firms two ongoing projectsin Taiwan: the Taipei Pop Music Center and the Kaohsiung Port Terminal aswell as the recentUniversity of Applied Arts Vienna competition proposal.

Jesse Reiser
Jesse Reiserreceived his Bachelor of Architecture degree from the Cooper Union in New Yorkandcompleted his Masters of Architecture at the Cranbrook Academy of Art. Hewas a fellow of the American Academy in Rome in 1985 and he worked for theoffices of John Hejduk and Aldo Rossi prior to forming Reiser + Umemoto withpartner, Nanako Umemoto. Jesse is a Professor of Architecture at PrincetonUniversity and has previously taught at various schools in the US and Asia,including Columbia University, Yale University, Ohio State University, HongKong University, and has lectured widely at various educational and culturalinstitutions throughout the United States, Europe and Asia.