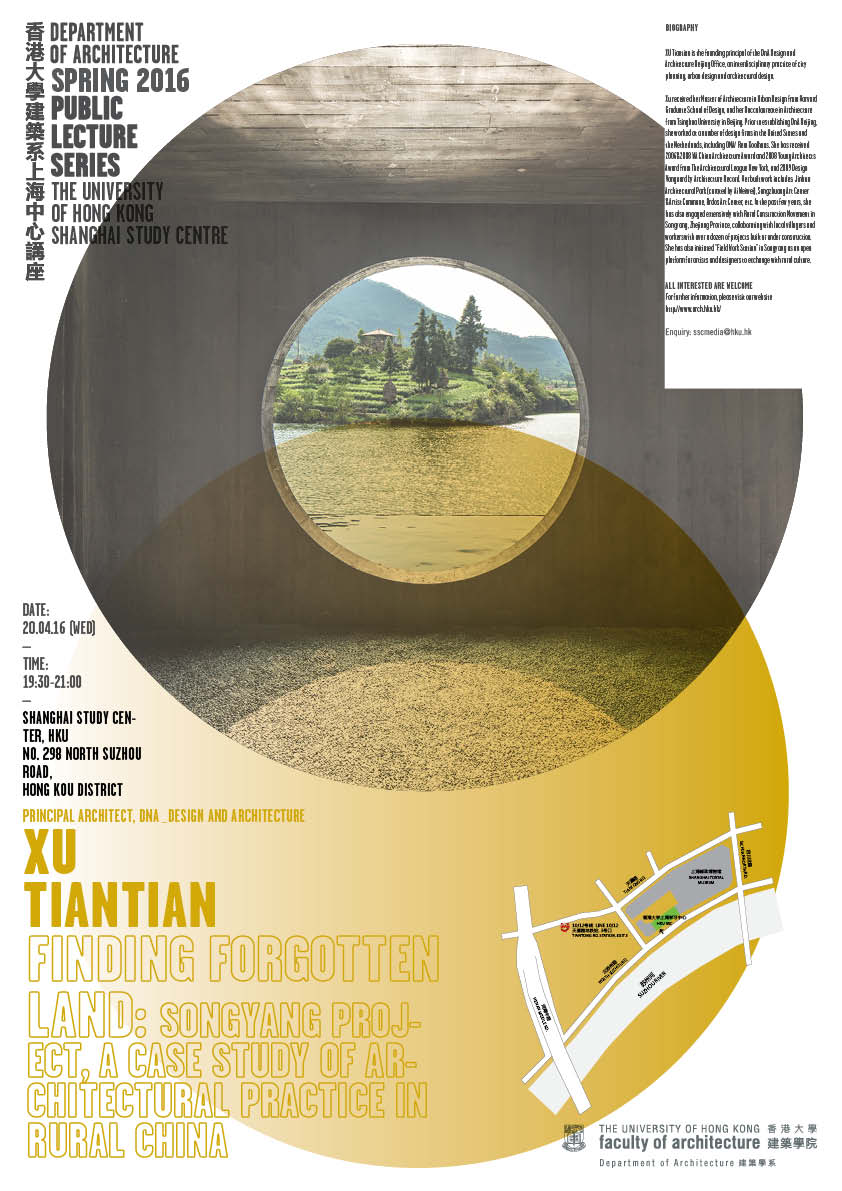 XU Tiantian is the founding principal of the DnA Design and Architecture Beijing Office, an interdisciplinary practice of city planning, urban design and architectural design.

Xu received her Master of Architecture in Urban Design from Harvard Graduate School of Design, and her Baccalaureate in Architecture from Tsinghua University in Beijing. Prior to establishing DnA Beijing, she worked at a number of design firms in the United States and the Netherlands, including OMA/ Rem Koolhaas. She has received 2006&2008 WA China Architecture Award and 2008 Young Architects Award from The Architectural League New York, and 2009 Design Vanguard by Architecture Record. Her built work includes: Jinhua Architectural Park (curated by Ai Weiwei), Songzhuang Art Center & Artist Commune, Ordos Art Center, etc. In the past few years, she has also engaged extensively with Rural Construction Movement in Songyang, Zhejiang Province, collaborating with local villagers and workers with over a dozen of projects built or under construction. She has also initiated “Field Work Station” in Songyang as an open platform for artists and designers to exchangewith rural culture.