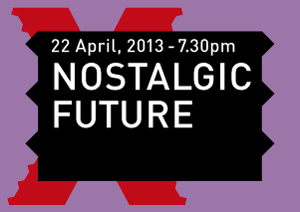 This Monday, we will host the lecture ‘Nostalgic Future’ by Takaharu Tezuka. This is a lecture in the ‘Project_Ing’ lecture series.

In his lecture, Tezuka will explore the discrepancy between technology and life. The 20th century was the time when the machine was in control of human life. Computer-aided design created images that used to be the representation of the future. Since beginning of the 21st century however, people could adjust their life as machines started to operate more efficiently. As Tezuka argues, in this century the future lies in daily life, not in the unknown.

Takaharu and Yui Tezuka explore architecture as a discipline concerned with the creation and elimination of physical boundaries. As they state, ‘Since any kind of form is possible today … we seek a future beyond shape or form. The roof is the most basic element of architecture. Anything with a roof can be called architecture.’ Among their best-known projects is the oval-shaped school building Fuji kindergarten which was selected as the best school building in the world by the OECD and has been published widely.