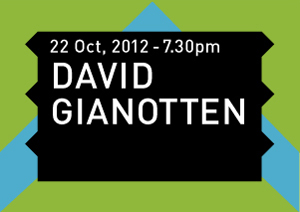 One of the most important drivers of urbanization is money. Money determines where people settle down, where they work and live and where urban density is highest. Although money highly influences the work of urban planners and architects, it is a subject that is hardly discussed. Therefore the theme for the fall lecture series at the HKU Shanghai Study Centre is ‘Follow the Money’.

Please join us in the first lecture in this series on Monday 22 October, 7.30 pm by David Gianotten, partner at OMA.

David Gianotten joined OMA in 2008, launched OMA’s Hong Kong office in 2009, and became partner at OMA in 2010. David Gianotten leads OMA’s large portfolio in the Asia Pacific region: projects under his design and supervision include the Shenzhen Stock Exchange, the Tencent Headquarters in Beijing and the Taipei Performing Arts Centre.

The title of his lecture is ‘The Secrecy of Money in Urban Planning and Architecture’.

What kind of influence does an architect have on urbanization and building? Are financial parameters clear for architects and can they be influenced by planning and architectural design?

The secrecy related to money involved in projects is mainly created by clients who are not willing to share financial parameters with architects. By sharing, they fear to loose the one tool they can use ‘against’ the architect to influence planning and design ideas. Unfortunately the response of most architects to this phenomenon is also fear to loose control or influence. In other words money, fear, control and misplaced ignorance are closely related within planning and architectural projects; the architect as commodity is the result.