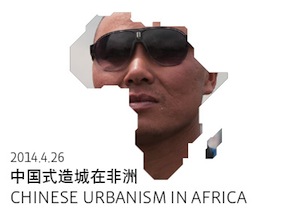 China’s visible impact on urban development in Africa is substantial. One need only take a virtual bird’s-eye tour on Google Earth to catch a glimpse of some of the most impressive changes brought to Africa by Chinese constructors, developers and designers. Not far from the Angolan capital of Luanda lies arguably one of the most impressive examples: Kilamba New City. A massive housing development designed to accommodate 500,000 people it was built by the China International Trust and Investment Corporation. The repetitive compound design is very similar to housing units being constructed all across China, from Xiamen to Kashgar.

Contractors, developers and designers from China are having a tremendous impact on African development. Will they be able to successfully export the Chinese urban model? Can China’s own experience in fast, large-scale urbanization benefit Africa? Can the Chinese prototype developed over the past thirty years simply be exported?

Following their research on Chinese mega cities, Go West Project founders Daan Roggeveen (HKU Shanghai Study Centre / MORE Architecture) and Michiel Hulshof (Tertium) have now shifted their focus to understand the physical impact of one of the most important geopolitical shifts of this time.

Hulshof and Roggeveen have collaborated with Urban China to make an issue completely dedicated to impact of Chinese Urbanism in Africa, that will be launched on Saturday 26 April, 3pm.

Speakers are Huang Zhengli, Everlyne Otieno, and Daan Roggeveen. Huang Zhengli is a PhD student on Kenyan cities and informal housing and editor of Urban China. Everlyne Otieno works at the Municipal Council of Kisumu, Kenya and is currently following the master program at Tongji University.