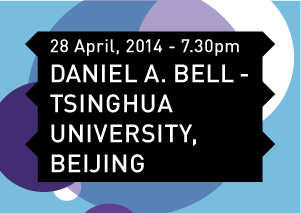 Who am I? In the twentieth century, this question tended to be answered with reference to a country. But nations are declining as a source of attachment, and many thinkers expected that national attachments would be replaced, if not supplemented, by global identities and cosmopolitanism. In fact, the best place to look for a supplement might be “down” to the city rather than “up” to the world. In this talk, Daniel Bell will discuss the following questions: Why are cities increasingly being viewed as important sources of identity and community? Is urban pride, or “civicism” (爱城主义), a good thing, and how can it be promoted in morally desirable ways? A majority of Chinese now live in cities, and how can “civicism” be promoted in a Chinese context?

Daniel A. Bell (贝淡宁) was born in Montreal and educated at McGill and Oxford. He has taught in Singapore, Hong Kong, and Shanghai, and has been teaching ethics and political theory at Tsinghua University (Beijing) for nearly a decade. He is director of the Center for International and Comparative Political Theory at Tsinghua University. His most recent book, co-authored with Avner de-Shalit, is titled The Spirit of Cities: Why the Identity of a City Matters in a Global Age (Princeton University Press). The Chinese translation (城市的精神) was published by Chongqing Publishing House (重庆出版社) and was selected as one of the ten most influential non-fiction books of 2012. He is a frequent contributor to leading media outlets in China and the West.