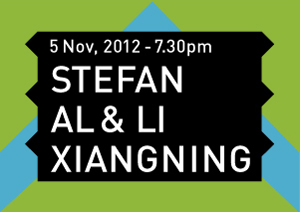 On Monday November 5th we will have a co-lecture in the ‘Follow the Money’ series. Li Xiangning and Stefan Al will discuss two types of urban models, and their financial components: Factory Towns vs Themed Towns.

Most consumer products come primarily from the Pearl River Delta, the ‘factory of the world’ with the largest industrial region on earth. The delta has attracted millions of poor rural residents to settle in factory towns in hopes for a better life. The book Factory Towns of South China, edited by Stefan Al, opens a window on these walled compounds, exposing the gritty establishments, crowded dormitories and monotonous labour carried out by workers. 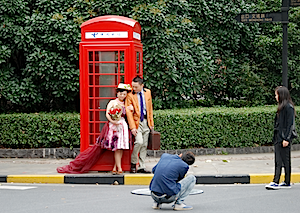 Since the beginning of the 20th century, a process of Westernization has characterized Chinese modernization. Shanghai’s development plan for its suburbs, “One City, Nine Towns,” reflects a preference for Western culture, architecture, and urbanism. In this plan, the themed towns are used for branding and commercial positioning of the urban. Through a critical analysis of Los Angeles, Li explored whether American-style suburbanization is an appropriate model for Shanghai.

Stefan Al is an architect and urban designer. Besides heading his own professional practice, Dr. Al is the Director of the Urban Design Program and Assistant Professor at the Department of Urban Planning and Design at the University of Hong Kong. His writing has been published in the Handbook of Architectural Theory, the Berkeley Planning Journal, and other publications. He has edited the book Factory Towns of South China, and is currently writing a book on Las Vegas called The Strip. Stefan Al has worked on renowned architectural projects such as the 2,000-feet high Canton Tower in Guangzhou, the preservation of world heritage in Latin America at the World Heritage Center of UNESCO, and an 11,000-acre new eco-friendly city in India

Li Xiangning is a professor of architectural history, criticism and theory at the Tongji University College of Architecture and Urban Planning in Shanghai, China. Li has published widely on contemporary Chinese architecture and urbanism, including a book based on his dissertation, The Real and the Imagined: An Analysis of Value Perspectives in Contemporary Urban Studies. Since 1999, he has been a guest editor and frequent contributor to the Shanghai-based academic journal Time+Architecture. In 2006, he was a visiting scholar at the MIT School of Architecture and Planning. Xiangning Li received his Ph.D. from Tongji University in 2004.