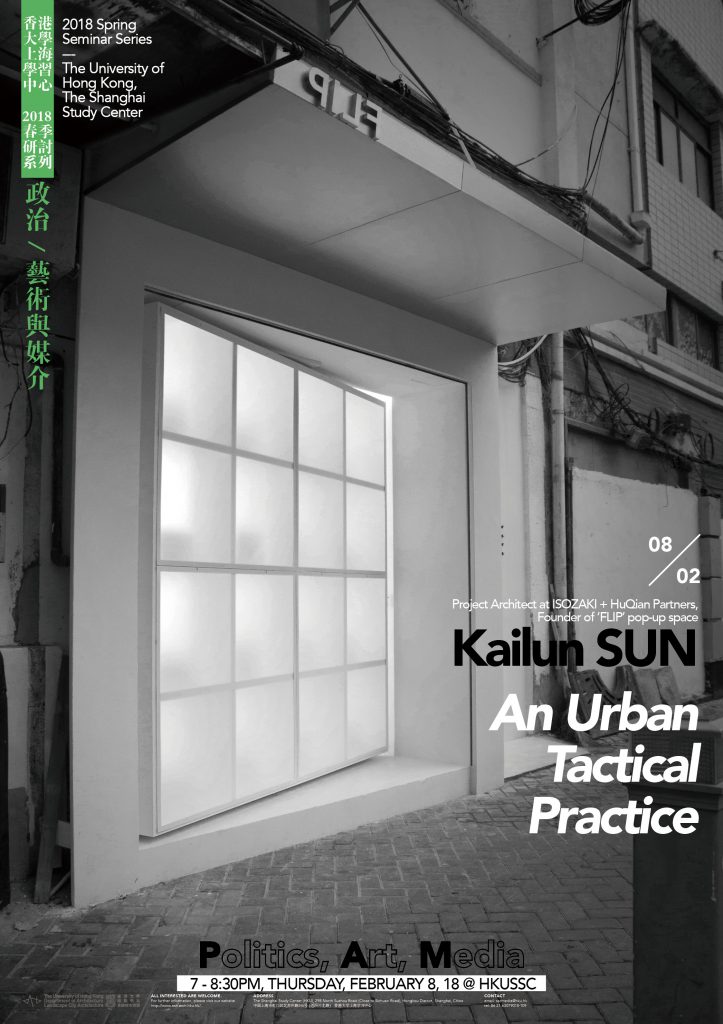 In Michel de Certeau’s book ‘The Practice of Everyday Life’, according to the fundamental differences of the organizing and performative logic between the producers and the consumers, he divides the ways of operations into two categories: the strategies and the tactics. While numerous cities were taken over by either government or developers with a strategic planning methodology, the tactical invention of the urban space by the inhabitants can transform the city into a more dynamic social realm. This lecture is to present an urban tactical practice – the ‘FLIP’ pop up space and share observations on people’s interaction with this unique urban experience.

Kailun Sun, current project architect at ISOZAKI + HuQian Partners. In 2016, together with Xin Liu she founded ‘FLIP’ pop-up space and studio in Shanghai. Since then they have curated exhibitions and live art events such as ‘NVSHU’ and ‘24hr Marathon Gallery’ among others. In 2011 she graduated with her Baccalaureate in Architecture from the University of Virginia, and in 2014 she graduated with her Master’s Degree in Architecture from Yale University. She has worked at 5 Plus Design in Los Angeles and at Neri & Hu Office in Shanghai where she worked on the design for the Sulwhasoo Flagship Store in Seoul.