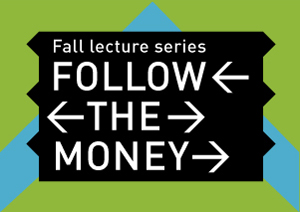 You tell me what you know, and I’ll confirm. I’ll keep you in the right direction if I can, but that’s all. Just… follow the money.
– All the President’s Man, 1976

One of the most important drivers of urbanization is money. Money determines where people settle down, where they work and live and where urban density is highest. Money drives people from the countryside to cities, and architects from one side of the planet to the other. Although money highly influences the work of urban planners and architects, it is a subject that is hardly discussed amongst professionals in public.

Urban planners and architects seem to base their plans on social, cultural, environmental and maybe political conditions, but hardly ever on financial ones. This is remarkable, since the creation and expansion of cities is mainly driven by financial motives.

This goes especially for Shanghai. The city started to grow after the forced opening up in the 19th century, when its position next to the river and potential commercial value were the basis for its development. Shanghai became a centre of commerce between east and west, and became the undisputed financial hub of the Asia Pacific in the 1930s. Economic reforms in the 1990s formed a second boost in the development of the city. Currently, Shanghai is in a fierce competition with Hong Kong, having the ambition to take over its position as financial capital of China by 2020.

Lujiazhui financial district is a direct physical representation of this ambition. It is the most expensive square kilometre of China, with housing prices exceeding those of downtown Manhattan. The financial district serves as a popular example for CBD’s all over China. With its striving economy transforming to a service industry, capital flows will influence urban development even more.

Moreover, cities in emerging economies are expanding due to financial differences with their hinterland. In China the rural/urban income disparity is more than threefold, which is a basic driver for people to move from the countryside to the city. This ever growing gap between the urban and the rural makes Chinese cities burst.

While the economy on this side of the planet is still growing, the Western world is kept hostage by dept and financial crises. China is one of the few countries that seem to have the resources to create architecture. It makes architects from all over the world pick up their stuff and try their luck in China. However, money is a hardly ever publicly discussed amongst architects.