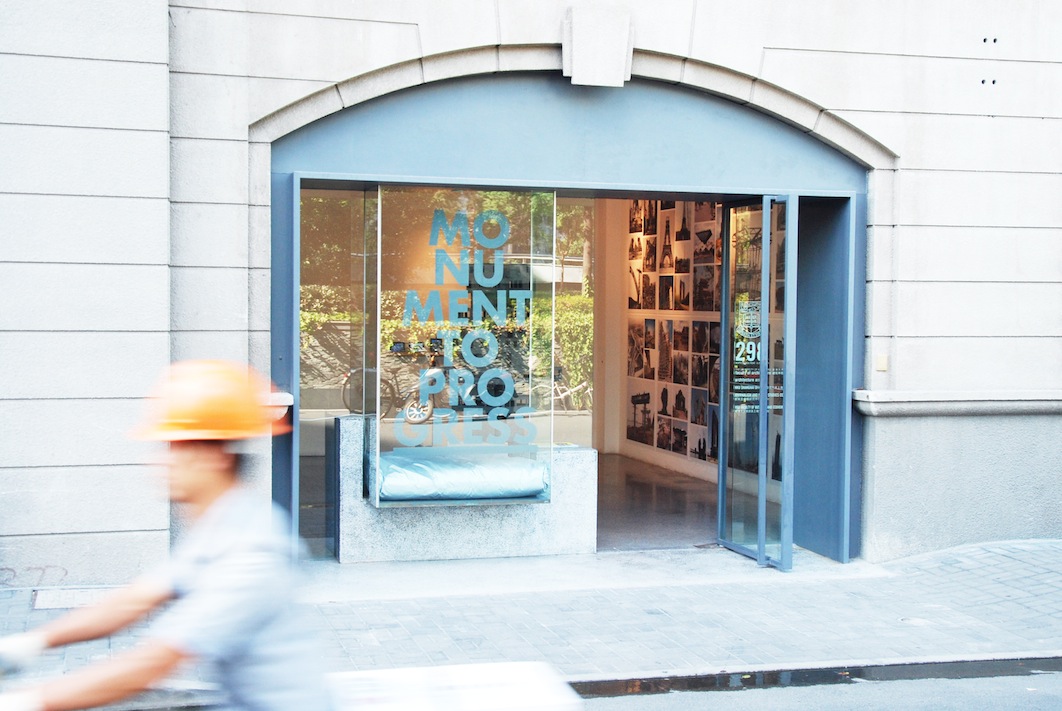 Working across three main media – found imagery, photography and sculpture – Eric Tabuchi specializes in connections, condensing the urban landscape to a sequence of typologies. At the same time, in elevating the overlooked he raises questions surrounding progress, and the
human stories behind these unremarkable buildings. 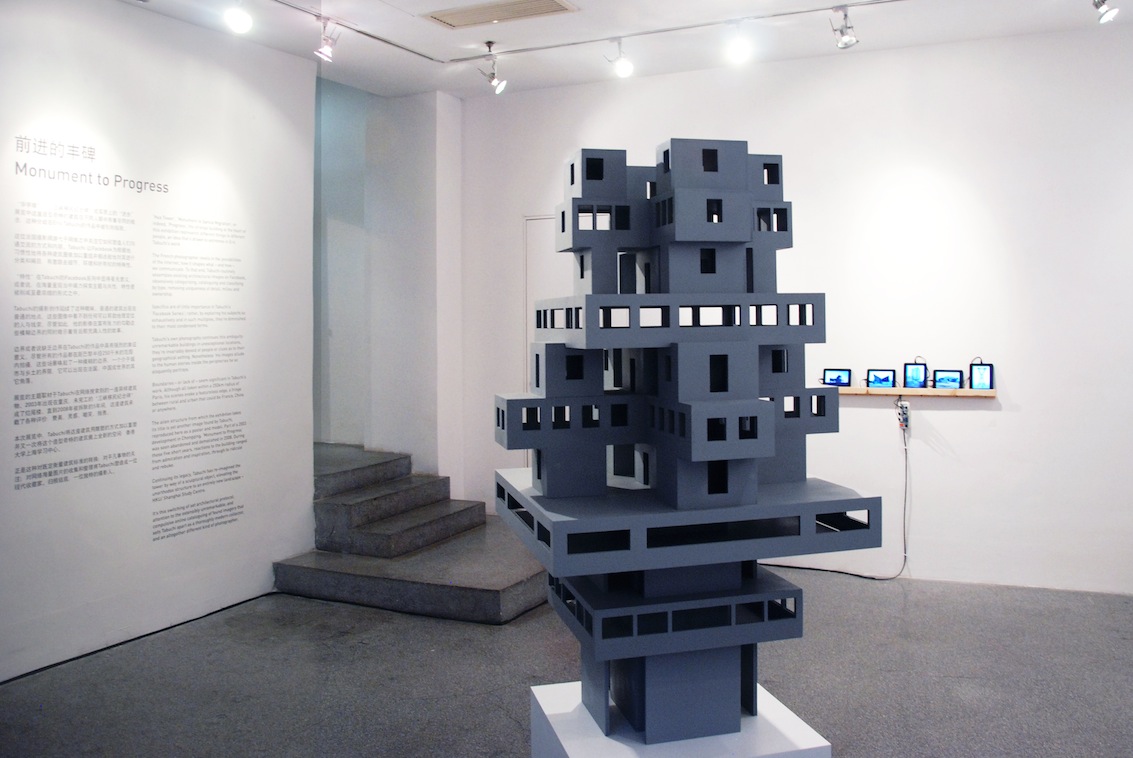 ‘Monument to Progress’ was born when Shanghai-based curator Daan Roggeveen was introduced to Eric Tabuchi via the French photographer’s Facebook page.

Using the social networking platform as a kind of global gallery, Tabuchi routinely (re)assembles existing architectural images. Parts of his ‘Facebook Series’ are instantly recognizable, others less so. Regardless, all are obsessively categorized, catalogued and classified by type, removing uniqueness of detail, milieu and ownership.

Tabuchi’s own photography continues this ambiguity: unremarkable buildings in unexceptional locations, they’re invariably devoid of people or clues as to their geographical setting. Beyond using the far-reaching internet to source and to show, boundaries – or lack of – seem significant in Tabuchi’s work. Although all taken within a 250km radius of Paris, his scenes of caravans, restaurants and water towers evoke a featureless edge, a fringe between rural and urban that could be France, China or just about anywhere. 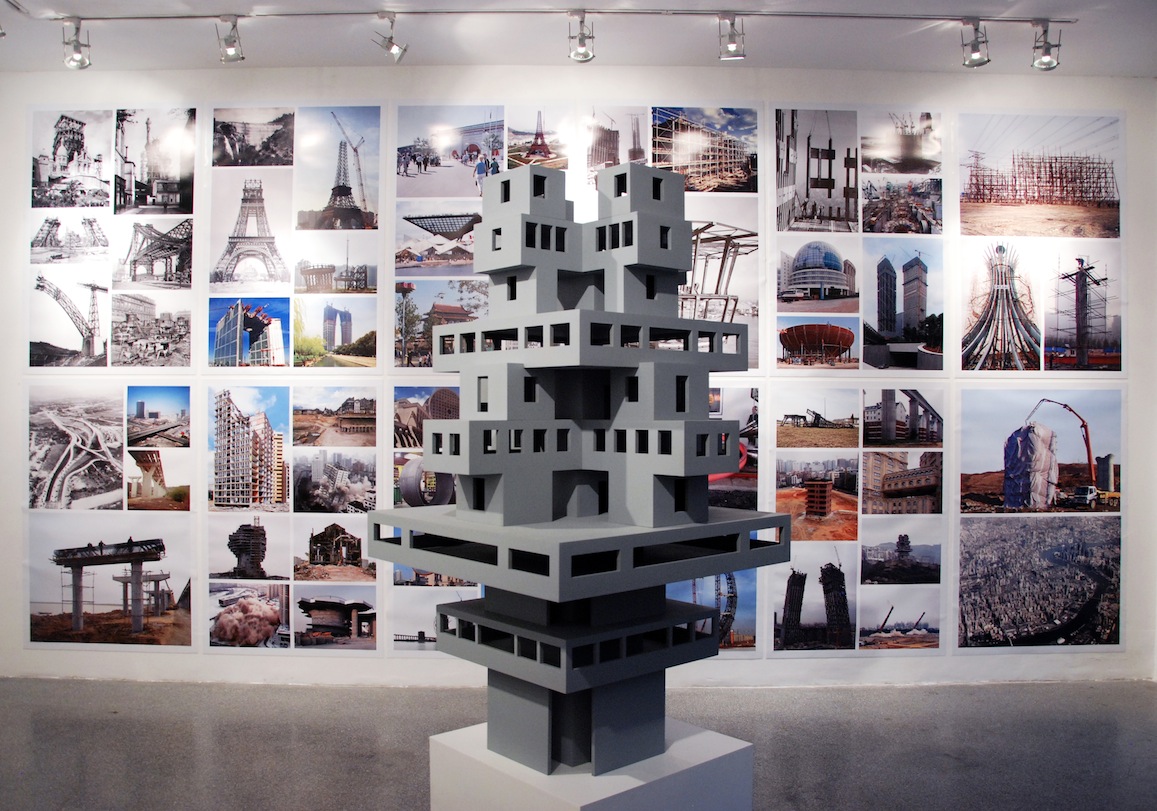 The exhibition takes its title from an image found by Tabuchi, reproduced here both as a poster and model. Part of a 2003 development in Chongqing, ‘Monument to Progress’ was soon abandoned and ultimately demolished in 2008.

During its five years of existence, though, the construction captured the imagination of local residents and visiting artists. They gave the building various monikers including ‘Hua Tower’, playing on the shape’s similarity to the Chinese character 華; and 三峡移民纪念碑, or ‘Monument to Sanxia Migration’, referencing the forced relocation of thousands of Sichuanese ahead of the flooding of the Three Gorges region. 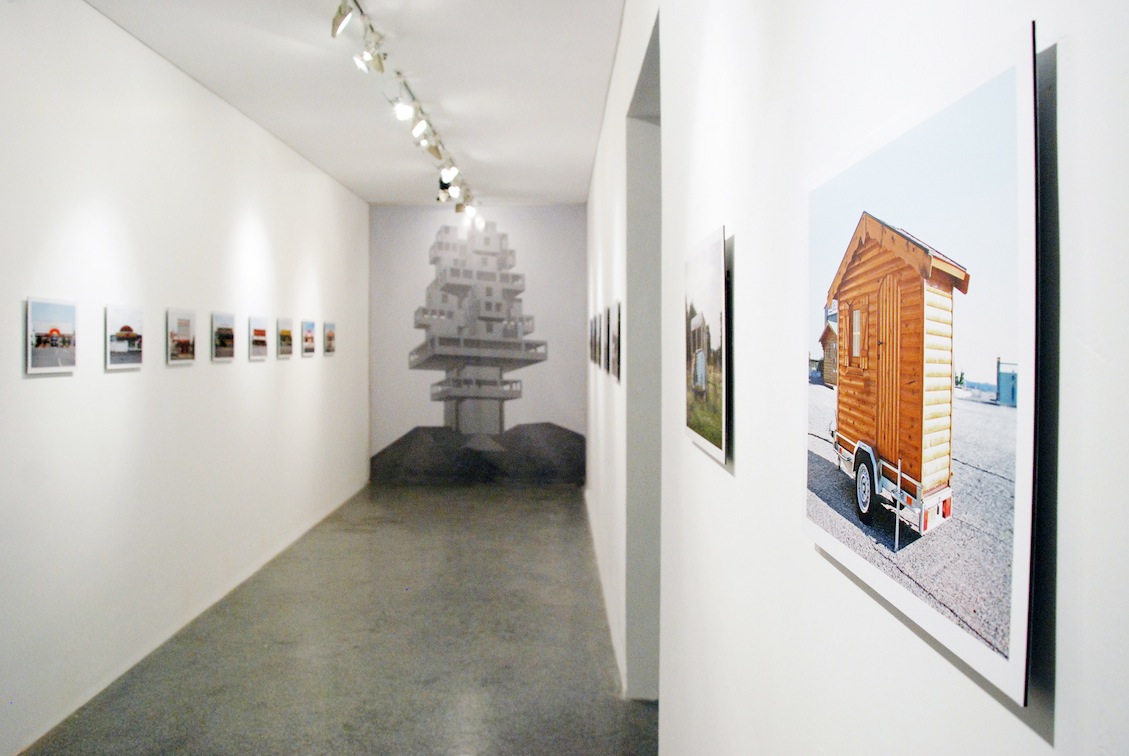 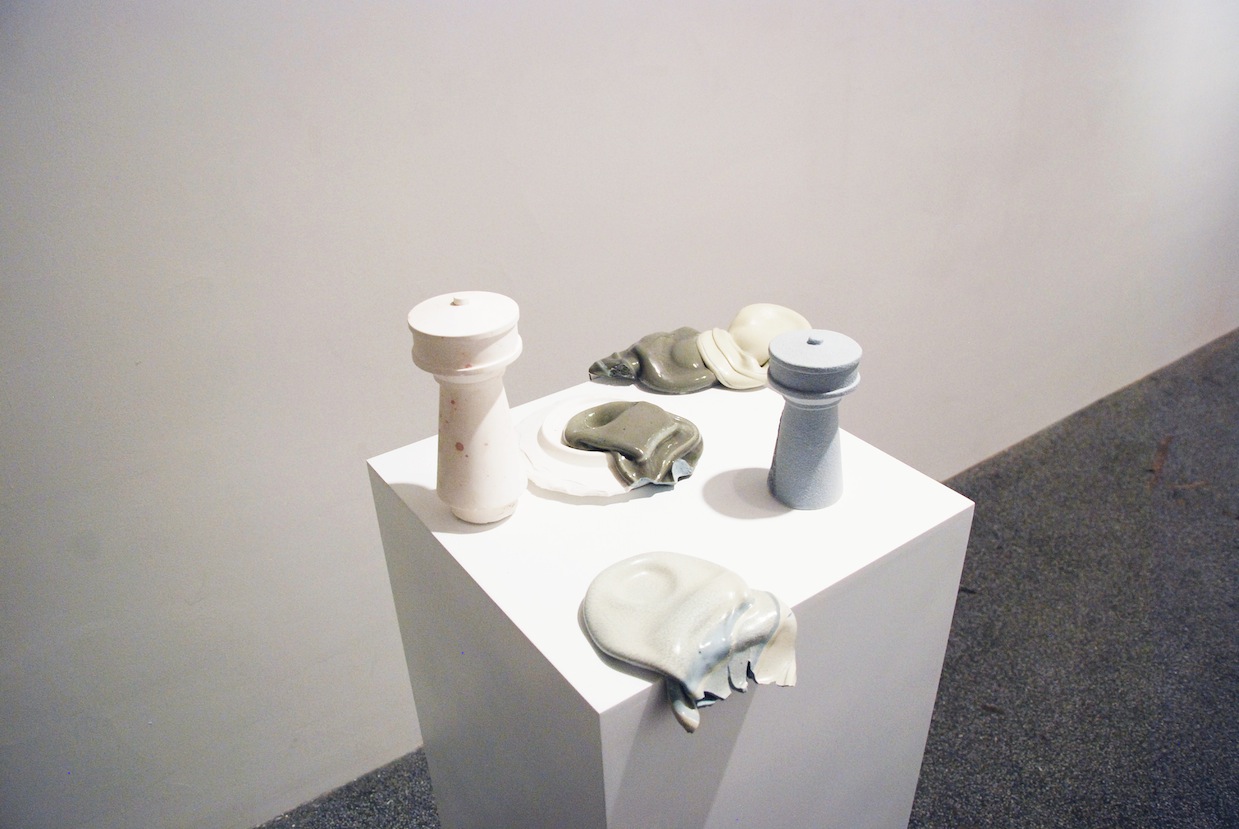 As with so much of Tabuchi’s work, the ambiguity says much about personal relationships with the building, ranging from official to colloquial, global to local. Continuing its legacy, Tabuchi re-imagines the tower by way of a sculptural object, once again elevating the unorthodox structure to an entirely new setting – HKU/Shanghai Study Centre. 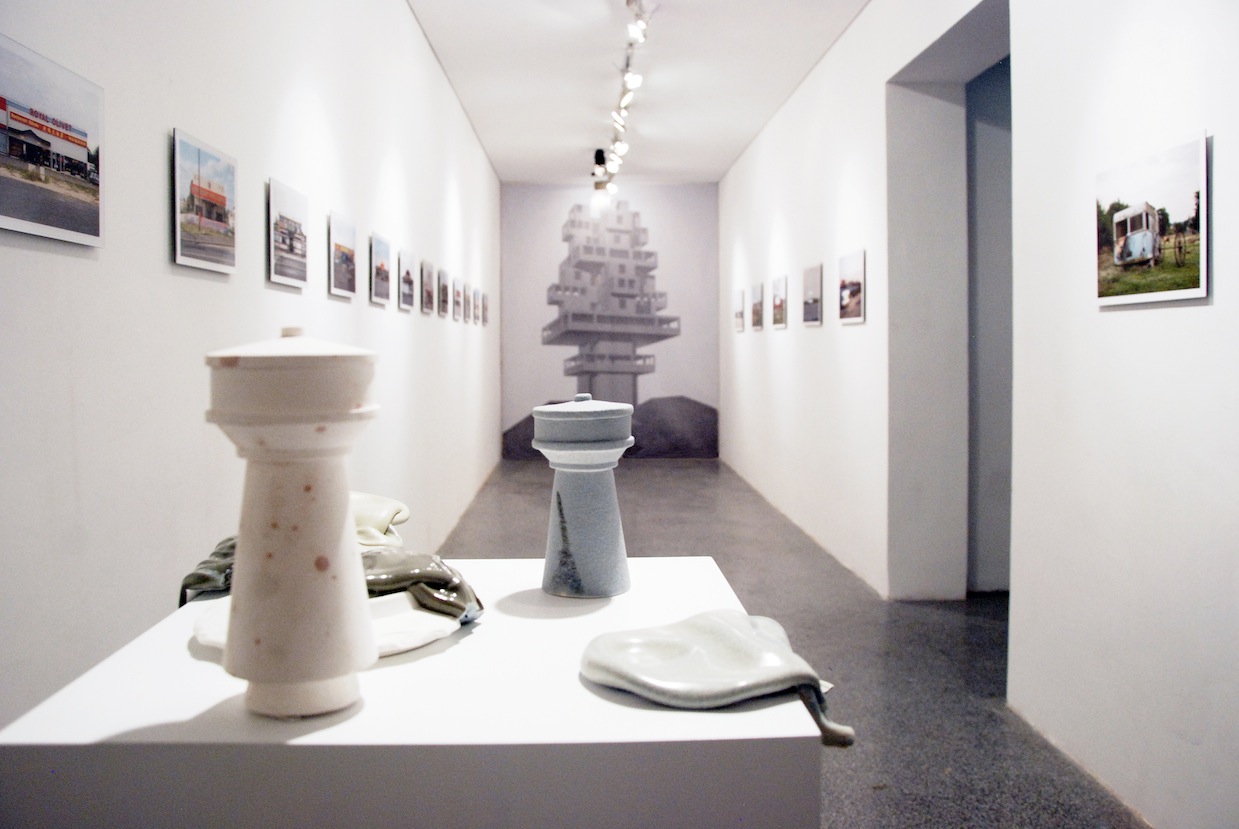 There’s a certain irony to the grandiose name settled on for the building in this exhibition – ‘Monument to Progress’ – that also applies to Tabuchi’s wider body of work. His subjects raise questions of how to measure progress – what does the term mean? And how does it apply to Europe, China, or indeed any of the anonymous peripheries sought out by Tabuchi in the pursuit of progress? 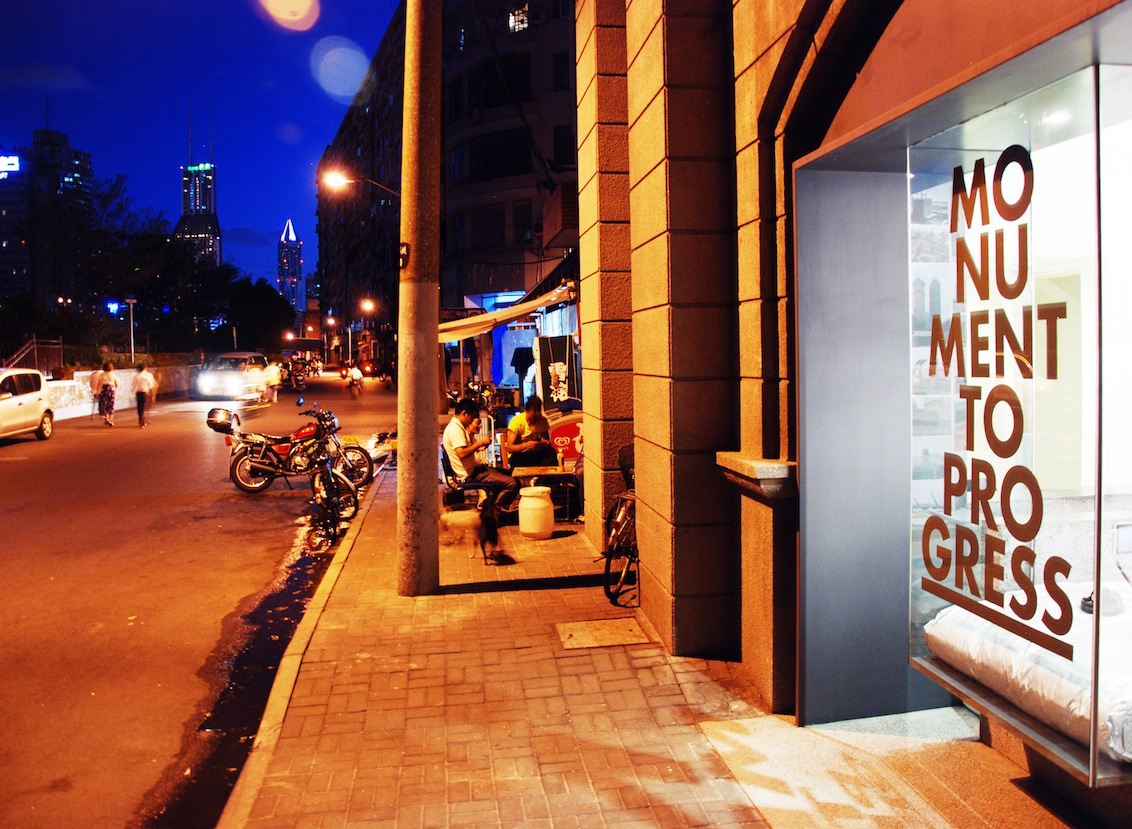