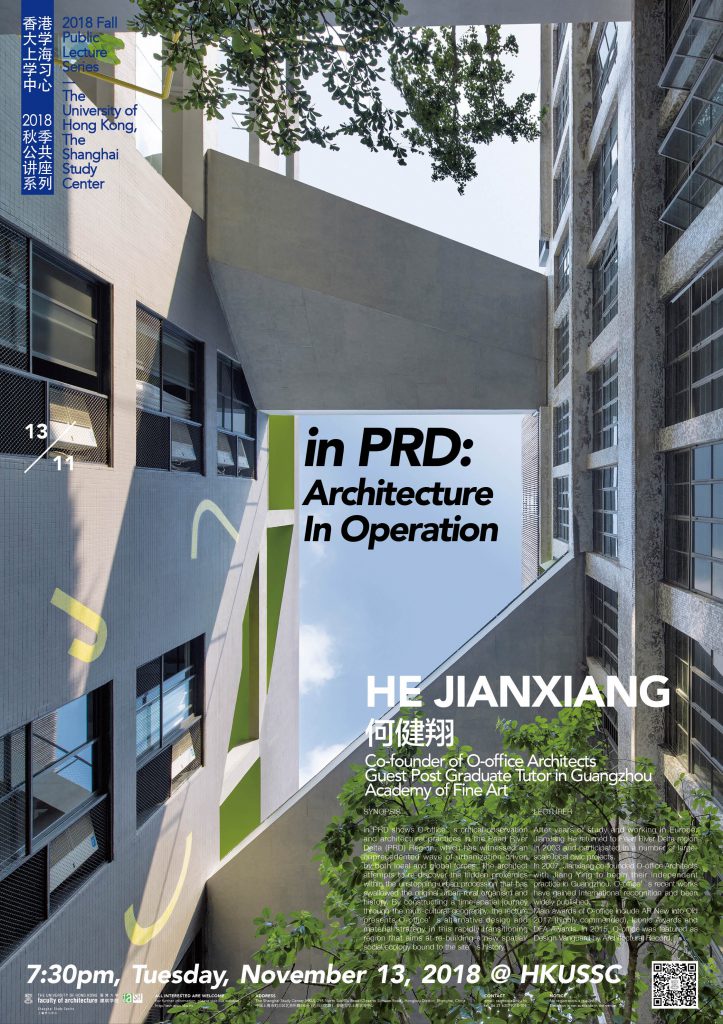 in PRD: Architecture in Operation

in PRD shows O-office’s critical observation and architectural practices in the Pearl River Delta (PRD) Region, which has witnessed an unprecedented wave of urbanization driven by both local and global forces. The architect attempts to re-discover the hidden proxemics within the unstopping urban procession that has swallowed the original urban-rural organism and history. By constructing a time-spatial journey through the multi-cultural geography, the lecture presents O-office’s alternative design and material strategy in this rapidly transitioning region that aims at re-building a new spatial/social ecology bound to the site’s history.

After years of study and working in Europe, Jianxiang He returned to Pearl River Delta region in 2003 and participated in a number of large-scale local civic projects.

In 2007, Jianxiang co-founded O-office Architects with Jiang Ying to begin their independent practice in Guangzhou. O-office’s recent works have gained international recognition and been widely published.

Main awards of O-office include AR New into Old 2017 (highly commended), Iconic Awards and DFA Awards. In 2015, O-office was featured as Design Vanguard by Architectural Record.

No registration is required.