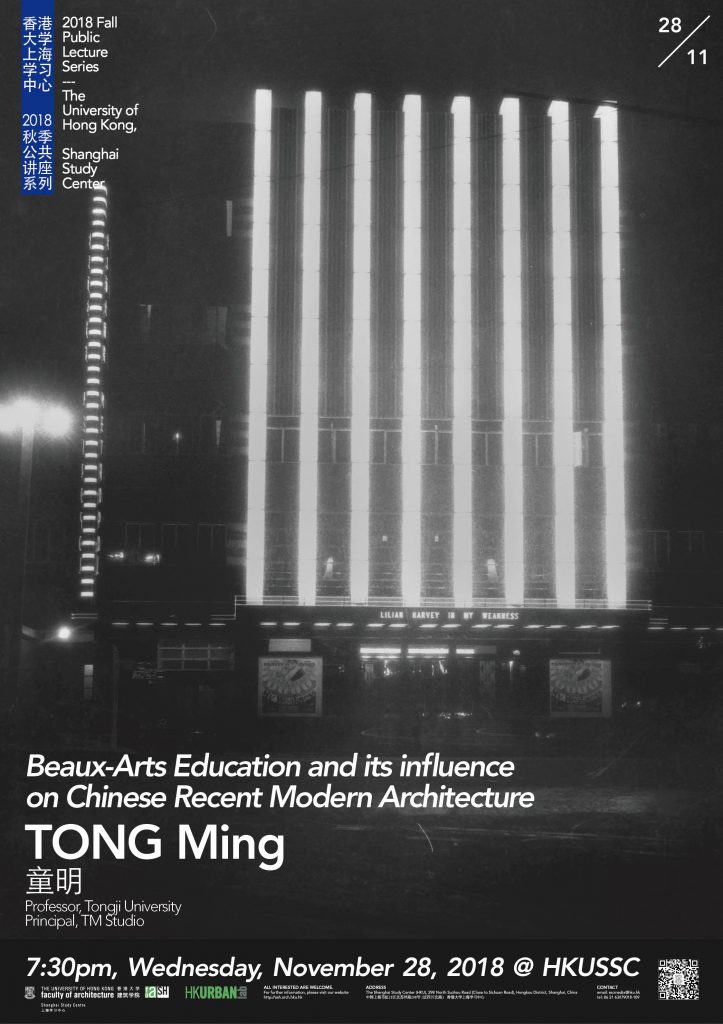 Beaux-Arts Education and its influence on Chinese Recent Modern Architecture

Tong Ming received his Bachelor and Master degree of architecture from the Southeast University, Nanjing, respectively in 1990 and 1993, and a Doctorate degree of Urban Planning from Tongji University, Shanghai, in 1999. After then, he began to teach in Tongji University. Tong Ming is now an urban design professor in the department of urban planning, responsible for teaching and research in urban design, urban regeneration, and urban policy analysis.

No registration is required.