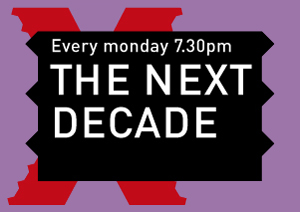 FORECASTING
Architecture is a practice that is driven by projective thinking, by creating a potential reality for a time to come. Forecasting the time to-be is a difficult business. It seems that never before the near future has been more unpredictable than now: changing geopolitical conditions, financial crises and environmental challenges make the reality of today change again tomorrow. With half of the world captivated by economic downturn, and the other half in economic expansion, architecture has been reduced to a reactive nomadic service industry rather than a producer of visions and new ideas.

30 YEARS OF URBAN DEVELOPMENT
China’s urban development over the past three decades has been unprecedented. Its economic transformation has had a spatial impact that challenges any imagination. The country has been able to transform its economies and its industries beyond recognition: it has created a new urban model, with new types of mass housing, new business districts and new sorts of infrastructure. And this transformation will continue: expectations are that in the next decade 150 million people in China will change their lives from rural to urban.

This modernization project has also created all new kinds of social, spatial and environmental challenges in urban contexts. The question after more than three decades of transformation is: what’s next?

CHINA AND PLANNING
China is a country with a strong tradition of planning ahead. Its visions have been transformed into five-year plans that have shaped the country and its cities since the end of the 1970s. Currently, China is undergoing a leadership change that can impact the developments for the decade ahead in a major way. This is the moment to address the question: where will the country be in ten years from now? And how will it achieve that?

UNIVERSITY = FUTURE
What the next decade will look like, and how urban China will develop are extremely important questions in a future-oriented environment like a university – a creator of future professionals, designers and thinkers. In 2023, our current students will be architects and planners. Some will have their own practices; others will work at design firms big and small, real estate companies, and governments. One way or another, they will be making decisions on urban development in Greater China. What will their future professional environment look like? And how can they contribute to that environment?

BACKCASTING
The usual way of thinking about the future is either by speculation, or by forecasting. Thinking about the future is always disconnected from the ability to influence that same future. Projecting the future, however, can also be done through backcasting: not by extrapolating current trends into the future, but by asking the question: which actions do we have to take to achieve a desired future.
Therefore, the question is: Where do architects, planners, artists, critics, developers and investors want urban China to be in 10 years? Why, and how will their theories, ideas, designs and money contribute to that?

* The lecture by Takaharu Tezuka is part of Project_ing series, Hong Kong