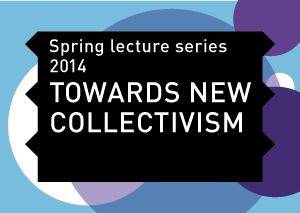 China is a country with a strong collective character. Farming, factory work, living; during a large part of the last century all of this happened within communities in which not the individual, but the community was the dominant factor. This collective notion also had a very strong spatial impact: cities were organized along the lines of collective residential areas.

This has changed radically over the past decades. With the introduction of ‘Socialism with Chinese Characteristics’, China has shifted from a collective to a more individual society; a society with personal choices and opportunities.

One of the opportunities was a change in the concept of collective housing. The mortgage made it possible for people to move from the lilong and danwei to the xiaoqu. This shift in housing type created new ways of communities – not related to shared public space, but more lifestyle and income based.

The process of a transforming economy has created an increasing difference between rural and urban citizens. Migrating peasants are integrating in cities physically, but not so much economically and socially. The rural-urban income divide is immense. For a country that is actively building up a middle class, that is a major challenge and concern.

Digitalization has even further exacerbated the process of fragmentation: people seem not to operate in groups, but in networks of individuals. This creates potentials, for people from different backgrounds and locations to communicate and collaborate.