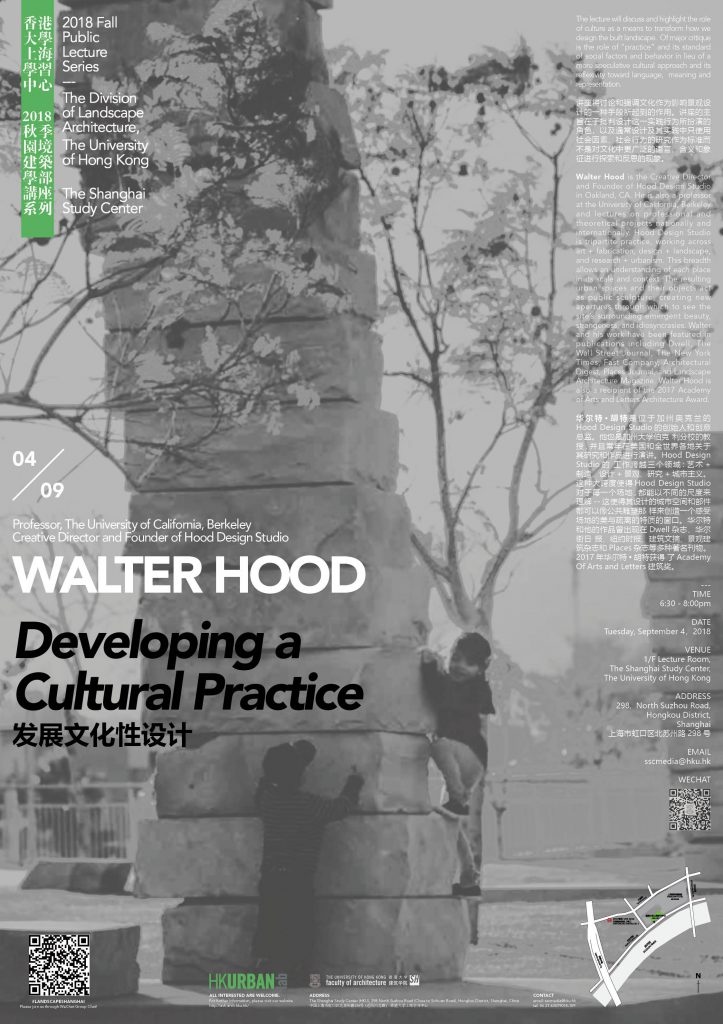 We will be kicking off our Fall 2018 Landscape Public Lecture Series with a talk by Prof. Walter Hood from The University of California, Berkeley. The lecture will discuss and highlight the role of culture as a mean to transform how we design the built landscape.  Of major critique is the role of “practice” and its standard of social factors and behavior in lieu of a more speculative cultural approach and its reflexivity toward language,  meaning and representation.

Walter Hood is the Creative Director and Founder of Hood Design Studio in Oakland, CA. He is also a professor at the University of California, Berkeley and lectures on professional and theoretical projects nationally and internationally. Hood Design Studio is tripartite practice, working across art + fabrication, design + landscape, and research + urbanism. This breadth allows an understanding of each place in its scale and context. The resulting urban spaces and their objects act as public sculpture, creating new apertures through which to see the site’s surrounding emergent beauty, strangeness, and idiosyncrasies. Walter and his work have been featured in publications including Dwell, The Wall Street Journal, The New York Times, Fast Company, Architectural Digest, Places Journal, and Landscape Architecture Magazine. Walter Hood is also a recipient of the 2017 Academy of Arts and Letters Architecture Award.

We hope to see you at the The Shanghai Study Center (HKU) at 6:30pm on Tuesday, September 4!